My Savings This Week 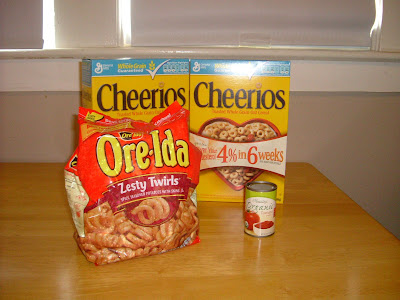 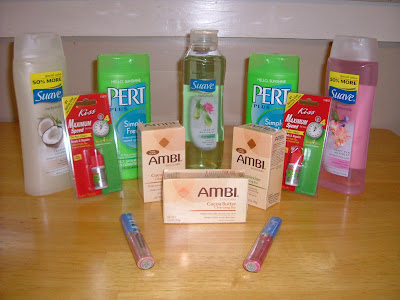 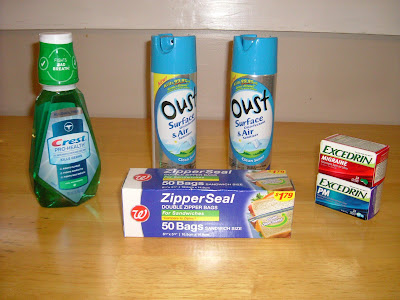 I did two transactions at Walgreens. My total between the two transactions was $5.48. I used $2 in Register Rewards for a total oop of $3.48 plus tax. I got back $6.49 in RR. (By the way, the RR on the free Pro-Health rinse for next week is already working if you want to get some before it's out of stock.) 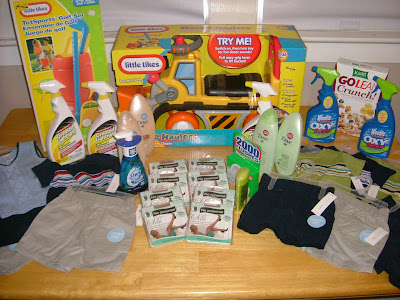 Okay, this is a really long story. I kept seeing how some K-Marts were doubling coupons up to $2 this week. I figured that there was no way in a million years that my K-Mart would be doing that, but I figured it couldn't hurt anything to call and ask. They told me that the promotion was supposed to only include 100 stores, but that since the information had gotten all over the internet, they were going to go ahead and honor the double coupons for anybody who read it on the internet and asked about it. Woo-hoo! I did two transactions, used 2 $5/$50 coupons, and paid about $32 for everything pictured. Basically I got everything that I used coupons on for free plus a little overage, plus I got the extra $10 from the 2 $5/$50 coupons to go towards the clothes and toys I bought. (By the way, their clearance clothes are an extra 40% off. All those shirts and shorts were $1.80 each. The clearance toys were an extra 20% off. I got a lot of birthday and baby shower gifts!)

Now, this is the disclaimer for all of my local readers. I was NOT supposed to get any overage on my coupons. I wasn't planning to get any overage because I had read that the registers would automatically make the item $0.00 instead of giving any overage. Well, according to the assistant manager, only those 100 select stores have their registers set up that way. The Shelby K-Mart's plan was to simply not accept at all any coupons that would end up giving overage. Of course, I did not know that before I got to the register. When the cashier started to scan the first coupon, she realized it was going to double to more than the price of the item and told me that she couldn't accept it. I told her that if that were the case than pretty much everything in my buggy I wouldn't be able to get. I had spent a long time getting my coupons ready and finding the items in the store, and I didn't want to walk out empty-handed. I asked for a manager, and asked if there were any way they could just manually enter the difference so that there wouldn't be any overage. They agreed to do that, but then realized that with the amount of coupons I had, it was going to take them all day. So they went ahead and just doubled the full value of every coupon. I was very appreciative of their kindness as I know that they didn't even have to honor the double coupons in the first place.

Moral of the story: If you are a local reader and you plan to double any coupons at K-Mart, PLEASE, PLEASE do not use any coupons that will give overage. They were not supposed to give me any overage, and they probably could have gotten in trouble for it. I do not want anyone to cause them any more trouble than I've already caused them! Next time something like this happens I will be sure to find out every detail I can ahead of time!